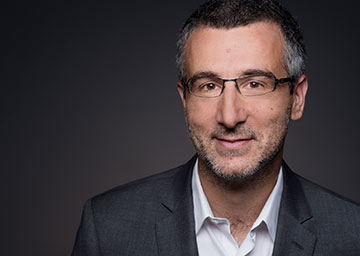 Simone Giostra graduated from the Polytechnic School of Architecture in Milan, where he earned a Master’s Degree in Architecture in 1995. He is a member of the American Institute of Architects and the founding partner of Simone Giostra & Partners, a full service firm based in New York. Prior to establishing his own practice, he acted as project architect for the design and construction of several prestigious international projects with a number of renowned architects, including Raphael Vinoly, Raimund Abraham, Steven Holl and Richard Meier.

Mr. Giostra has lectured extensively in Europe and the US, most recently at the Royal Institute of British Architects in London, for the “Feltman Lecture” at Cooper Union in New York, at the Polytechnic School of Architecture in Milan and at the  Universität der Künste in Berlin. He was the recipient of the Archi-Tech Award, the Boston Society of Architects “Sustainable design award”, a finalist of the World Architecture Festival and the Zumtobel Award in 2008. His work was published in several books and journals including: The New York Time, The Washington Post, CNN, Architectural Record, A+U, Detail Magazine and Metropolis.

Mr. Giostra is the 2010 Fellow in Architecture and Environmental Structures from the NY Foundation for the Arts; he is a permanent member of the International Scientific Committee for the European Solar Energy Conference and an advisor to the JRC, providing the European Commission with scientific and technical support. Since 1998 Mr. Giostra has held faculty positions at Cooper Union, New Jersey Institute of Technology and City College in New York. Currently, he is Associate Professor at the Pratt Institute in New York and a Visiting Professor at the Polytechnic School of Architecture in Milan. 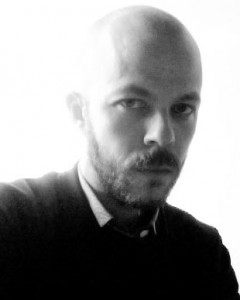 Davide Fabio Colaci was born in 1978 in Milan, where he lives and works. He studied between the Faculty of Architecture of Porto and the Politecnico di Milano where he graduated and obtained a Ph.D. in Interior and exhibition design with Andrea Branzi. In 2011 he founded his design studio with the aim of investigating the spaces and forms of contemporary life.
He teaches interior design and scenography at the Faculty of Architecture and Society at the Polytechnic of Milan. 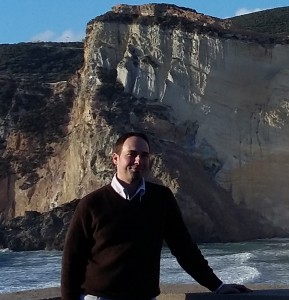 Architect and landscape architect, with a PhD in garden history and design, Paolo Camilletti has been fond of organic gardening since his youth.
He pursued an artistic education, and got a piano degree cum laude at the Conservatory of Perugia. After graduating cum laude in architecture at La Sapienza in Rome, he attended two masters in garden management and landscape design at the Universities of Tuscia and Turin respectively. As a scholar of the Rotary Foundation, he did research at the University of Reading (UK) under the supervision of Richard Bisgrove. In 2010 he obtained the European PhD at the Polytechnic of Turin by defending his thesis on The Wild Garden and its historical evolution. He has lectured at the universities of Tuscia and USAC in Viterbo, La Sapienza in Rome, and Federico II in Naples. Currently, he is adjunct professor at the Polytechnic of Milan, landscape manager and committee member in various municipalities of Lazio including Rieti, Guidonia, Collalto and the island of Ponza, research consultant of APGI and Italian Garden Tour. He has presented conference papers in Italy and abroad. He currently serves as President 2014-17 of AICu (Italian Association of Curators of parks, gardens, and botanical gardens); he is a life member of the RHS, and a member of AIAPP-IFLA. 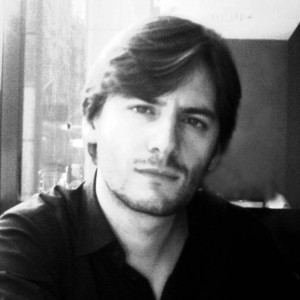 Arturo Tedeschi is an architect and computational designer. Since 2004 he has complemented his professional career with an independent research on parametric design, focusing on relationships between architecture and digital design tools. He is the author of Parametric Architecture with Grasshopper, a best-selling book on parametric design, originally published in Italy and translated into English in 2012. He has taught parametric design at many universities, companies and institutions and from 2012 he is the co-director of the AA Rome Visiting School for the Architectural Association School (London). His work has been featured on a series of international magazines and exhibited in Rome, Milan, Venice, London and Paris. He has collaborated with leading architecture firms, including Zaha Hadid Architects, before setting up his consulting company A>T. In 2014 he published AAD_Algorithms-Aided Design, the reference book on algorithmic modeling.

Maurizio A. Degni (1984), computational designer, is a specialist in the field of energy and environmental analysis related to complex systems with a particular focus on parametric and optimization strategies. He worked for several offices in Italy such as Studio Kami and J.M. Schivo where he collaborated on many international competitions, projects and research activities. With Arturo Tedeschi he designed the NU:S Installation within the Cloister of Bramante (Rome) and he had a main role in the computational design of the NU:S Parametric Shoes (shoe design by Alessio Spinelli) an avant-garde project that matched advanced design techniques and prototyping technologies. Currently he’s involved in a series of workshops and courses in Italy directed by Arturo Tedeschi and focused on parametric design. From 2012 he is a tutors assistant for the AA Rome Visiting School. 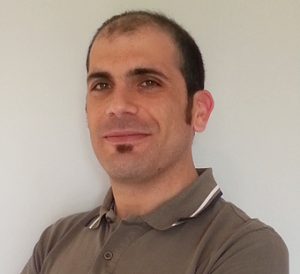 Architect, PhD in architectural representation (ssd ICAR/17), Michele Calvano specializes in mathematical modeling and parametric modeling. He writes articles on Reverse Modeling and on manufacturing of the shape, he has been teaching at the University Sapienza of Rome in the Master of Science in Product Design and at the University of Camerino in the drawing classes of SAD. Teacher at Accademia delle Arti e Nuove Tecnologie in subjects of digital drawing with mathematical software.Partner of  ArFacade studio, specialized in Architectural Facades Engineering.